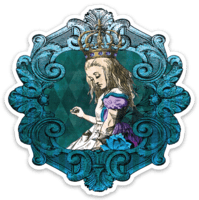 You certainly know his double sided artwork “True Sacrament ” which upon release was an immediate hit with Blotter art collectors as it reflected and vibrated by its depiction of the origins of LSD, the rye ergot. So you Know the Blotter, but did you know the story behind the artwork and who’s the artist?

When Paul visited Ann Shulgin in 2019, she signed a couple of different blotters to be auctioned off in support of the MAPS foundation, mine included. Paul was so kind to send me a signed blotter and this photo from the Shulgin home in California.

By the way, If anybody would like to swap. I can offer Mark McCloud’s unperforated ‘Dragon’ blotter in exchange for each and any blotter art you have left over.

All pictures are from my private Blotter Art  collection … please link back if you use them on your site.

There is no substance whatsoever on this sheets besides ink ;  this is ONLY ART no drugs are presents and will ever be.